If you not change browser settings, you agree to it.

Regarding the musical repertoire of Caramelles del Roser, we can distinguish three periods.

I - late sixteenth to mid-nineteenth century

"Els Goigs del Roser" for the farms and in the town, was the origin of our caramelles from the foundation of the Confraternity of the Roser, 1590.

It is likely that the instrumental accompaniment was given a flabiolaire with drum and cornamusaire musicians who were then in charge of the dances and celebrations, both public and private. That still kept in memory, in the late nineteenth century, of the cornamusaire Josep Rodriguez and the flabiolaire Ventura Gili.

Surely the couplets were also part of the repertoire. The custom of singing and dance folksongs couplets could be even earlier caramelles.

II - In mid-nineteenth century until 1970

In the mid nineteenth century begin to introduce other songs of a more secular and fun character. They were songs with verses traced from the religious content "Els Goigs del Roser" but with a content of courtship and often ironic or grotesque. Thus was attested Marià Aguiló 1880, in Sant Julià.

It was also at this time that the momentum of the movement coral Anselm Clave, they also begin to introduce choral pieces in three or four voices. In Sant Juliâ there were two choirs: the center and the black lamb. This led to two types of coexisting caramelles: of the Roser, which came on Easter Sunday morning, and "other" caramelles, who left Saturday at Gloria in the evening. The Caramellas used to be the same people: on beret and scarf with singing and choral pieces on cape and hat, singing the "Els Goigs del Roser". The ancient instruments, flute and bagpipe, is gradually replaced by a group of mainly trumpets, flugelhorn, trombone, clarinet, flutes, violins, bass and accordion.

This new modality preserve original works of Ramon Victori, Manuel Suñé Cervian, and later Manel Balasch and Manel Rodriguez. Between '40 and '70, the last century, there were several groups of boys, and boys and girls, who organized spontaneously singing caramelles outdoor with continuity uneven.

Between 1971-1975 there was a revitalization of caramelles. The two types of groups were unified in a way that still practiced today: Outdoor  Easter morning singing the "Els Goigs del Roser", couplets and a piece of rigorous premiere, composed especially for the occasion.

These pieces are usually sardana, waltzes or habanera, two or three voices with instrumental accompaniment. The theme is usually around Easter celebration, the burst of spring and the joy of singing. Have recently been devoted to local issues such as Castle, Sant Llorenç, the source of the Riera or the figure of the potter, who has time profession was emblematic of Sant Julià. The authors of these pieces are: Joseph Boixeda Toha, Anton Carrera Busquets, Nuria Dalmases and F. Xavier Pona. The composers are: Manel Balasch Suñé, Manuel Rodriguez Suñé, Santi Riera Subirach,  Manuel Suñé Riera, Carles Cases, Oriol Tafanell Silvestre and David Rodriguez Villa. (See Music Archive)

This forced him to establish a system for training once a week from November to Easter. The direction of the chor was gone by Manel Rodriguez Suñé and, since 1984, Manel Marsó Fabregat.

"Els Goigs del Roser", which originally was practiced throughout the regions of Old Catalonia and Catalonia North gradually disappeared from the repertoire of caramellaires of the last years of the nineteenth century. To our knowledge, Sant Julià de Vilatorta is the only place where it has been preserved. 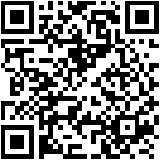